Among War Bird Air Museum’s more recent acquisitions are its military helicopters. These machines helped save many lives, as well as providing other crucial services during times of conflict, for their unique maneuverability allowing them to more safely land and exit areas often unaccessible to planes. Three of the museum’s helicopters can be currently seen in the hangar: the Bell OH-58 Kiowa, Bell UH-1V Huey and Hughes OH-6 Loach. The AH-64 Apache, Mi-2 Hoplite and H-34 Choctaw are currently undergoing renovation and will be on display soon.

Bell UH-1V Huey – The UH model started development in 1956. The first production model designated UH-1A Iroquois, but forever known as Huey went into operational use in Vietnam in 1962. Over time it would develop more than 20 variations including the “H” model that filled a variety of roles including troop transport, medevac, command and control and armed gunship.

The medevac “Dust Off” UH-1V model were equipped with a rescue hoist and improved aviations. Bell converted 220 of these for the Army.

The museum received its UH-1V from Holloman Air Force Base in 2015. 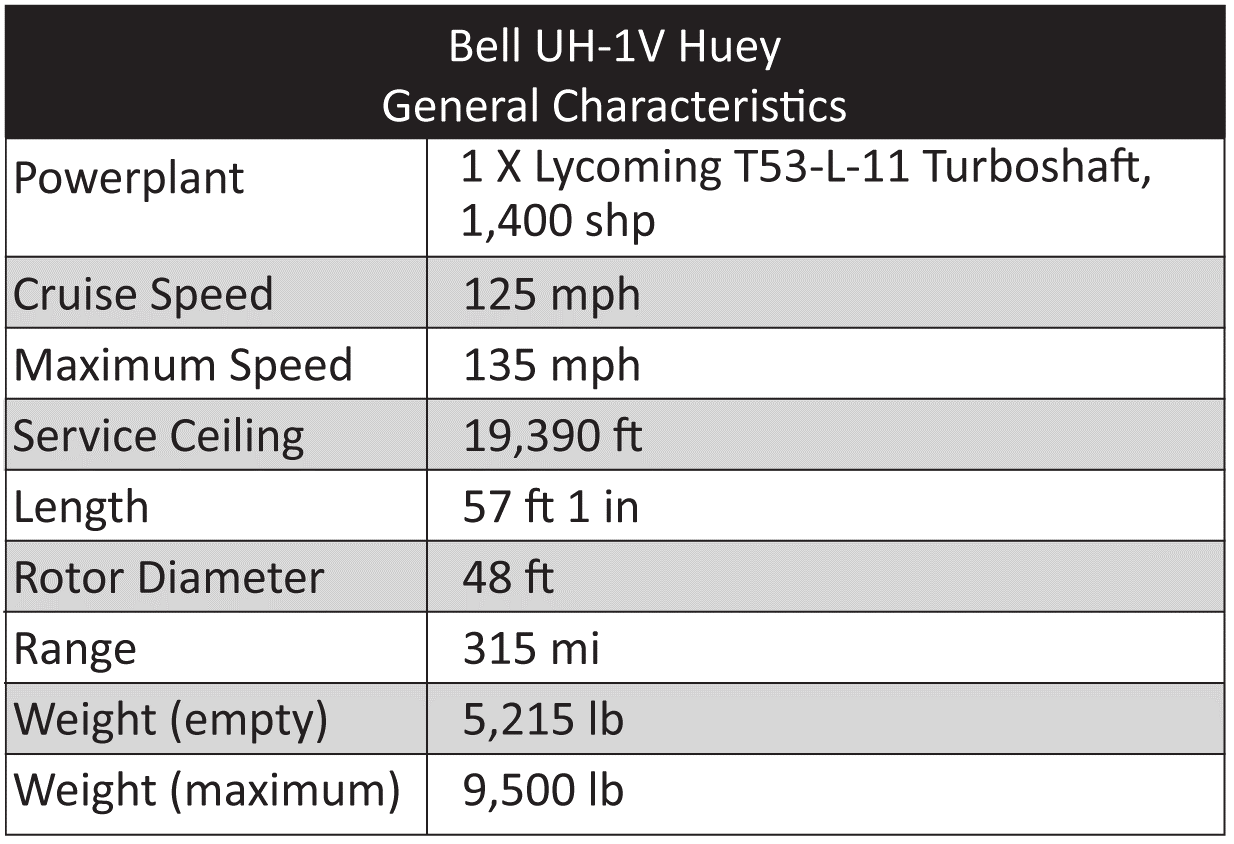