The main attraction War Eagles Air Museum is its warbirds and automobiles, but the museum also features eight permant exhibits. These include artifacts, uniforms, wartime literature and photographs, and other examples of the people and inventions that helped shape the Twentieth Century. Museum visitors can learn about the importance of Women in Aviation and the innovations of the Wright Brothers, as well as view vintage gas pumps and flight simulations, model collections, an engine display and more. All of these are interspersed among the plane and automobile displays in the main hangar space.

Women in Aviation –This display highlights the many contributions by women to the aviation field. The focus on is on the Ninety-Nines, an organization formed by 99 women pilots in 1929. Many of those original pilots went on to join the W.A.S.P.S (Women Airforce Service Pilots) during World War II as they moved aircraft from factories, towed targets for gunnery practice and as transport pilots. There is also a number of historical items and a timeline representing achievements by women in aviation. Today, the Ninty-Nines represent licensed women pilots from 44 countries that also promotes the advancement of aviation through a variety of educational programs.

Atomic Weapons – The centerpiece for the museum’s atomic weapons display is the four air-dropped bombs on display. On loan from the National Museum of Nuclear Science and History in Albuquerque, the bombs, two B-43s, a B-57 and a B-61, could be carried by much smaller tactical aircraft such as the Vought A-7D Corsair II.
The exhibit is backed by a large display that highlights the design, development, testing and operational deployment of nuclear weapons in the U.S. nuclear arsenal. 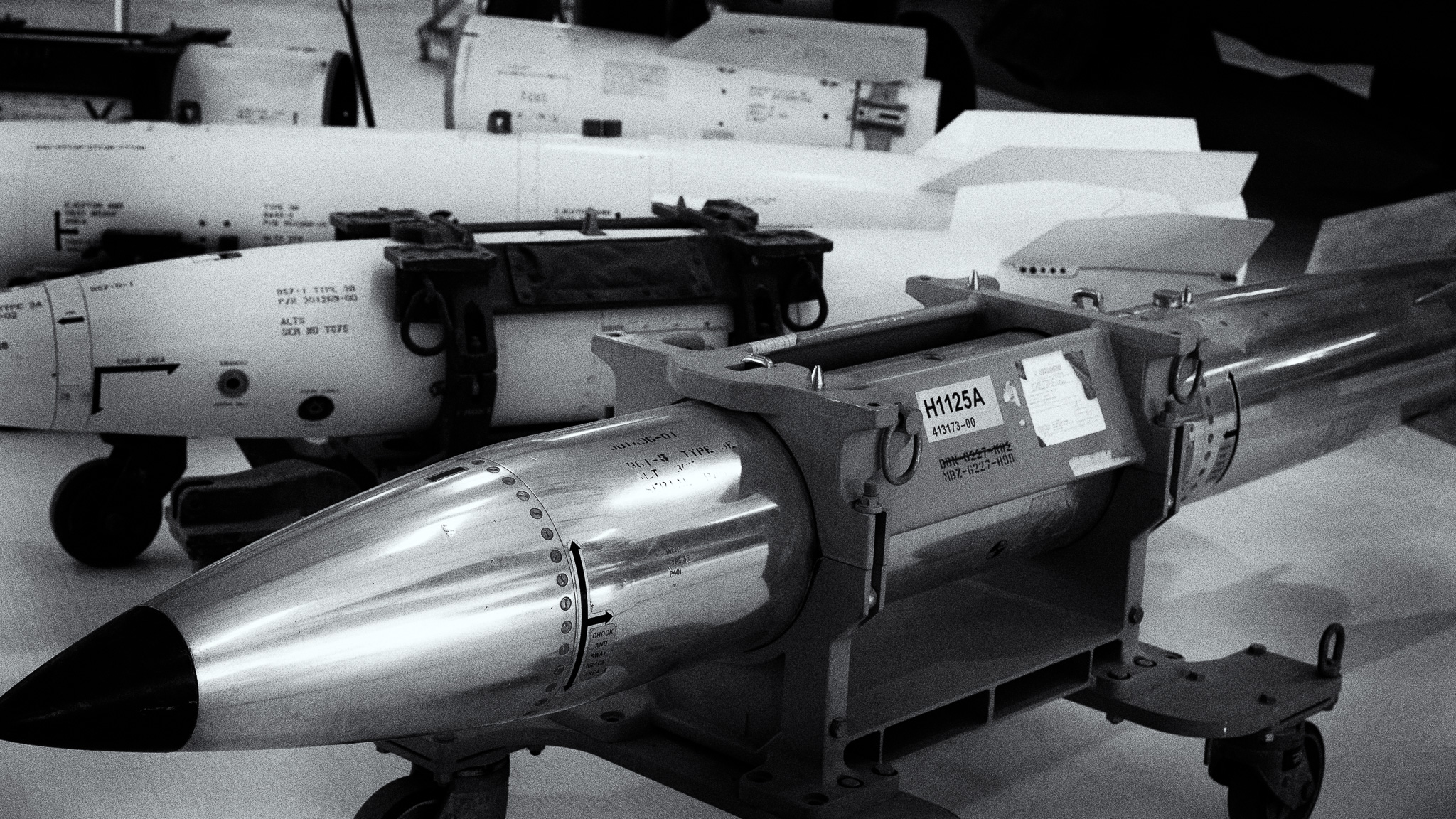