Douglas C-47A –The Douglas DC-3 was built in 1935 and quickly became the standard for U.S. air carriers. The U.S. Army Air Force saw huge potential in the DC-3 as a cargo and troop carrier and bought thousands under the military designation C-47. They formed the backbone of military transportation throughout WWII in the European theater. This included D-Day and Market Garden as well as flying the Burma-China “Hump” and later during the Cold War in the Berlin Airlift.
War Eagles’ DC-3 was delivered to the U.S. Army as a C-47 on April 26, 1944. It flew on D-Day as well as Operation Market Garden, transporting airborne troops and towing gliders that brought in jeeps and artillery too large for the C-47 to airdrop.
After the war, it was converted into a civilian DC-3 that flew for Phillips Petroleum for 27 years. It also flew for at least seven different regional airlines before being purchased by museum founder John MacGuire in 1985. 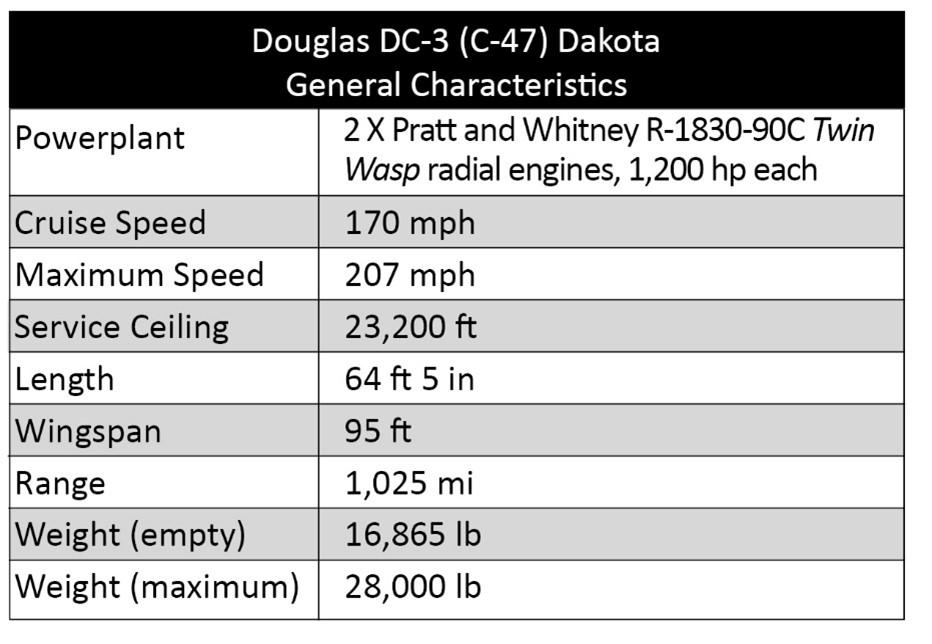